Why My Daughter’s Pencil Grip Led Us to Neuropsychological Testing 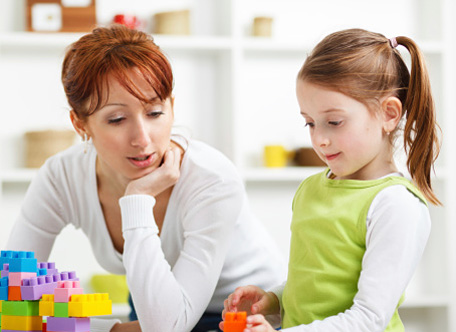 I’ll never forget my daughter’s first grade parent-teacher conference.  “I’m considering recommending that she repeat first grade,” the teacher said, after updating me on my daughter’s progress. Her reasoning: my daughter Clara (not her real name) seemed fine socially, enjoyed reading, writing and drawing, but had trouble holding a pencil and struggled slightly with basic math computation. “You’re recommending she be held back because she doesn’t hold a pencil correctly?” I asked, incredulous. I didn’t realize Clara’s pencil grip could be a symptom of another issue.

Clara did advance to second grade. But her teacher’s words came back to me several years later as Clara struggled academically and socially in middle school. That’s when I seriously considered “testing,” a practice mentioned by many friends but something I never considered for my own child.

None of Clara’s teachers ever recommended neuropsychological testing and she didn’t qualify for special needs testing by her schools. But, in 7th grade, Clara became an indifferent student, doing well in classes she liked – English, social studies, chorus – struggling in those she didn’t (math, science). Usually quiet, she suddenly had difficult relationships with one or two teachers, who reported that she didn’t pay attention or talked too much with friends during class. Perhaps she had a learning disability we had overlooked.

My husband and I met in person with a neuropsychologist from Children’s Neuropsychological Services to discuss our concerns. The evaluation was expensive – we were fortunate that insurance covered Clara’s testing – but we thought it was worth it; the more we knew about Clara’s learning style, the more we – and her teachers – could support her. The process included completing a questionnaire about our observations and concerns; two of Clara’s teachers (social studies and math) were asked to complete similar questionnaires. The testing was thorough; we dropped Clara off at 8:30 and she tested well into the end of the afternoon.

Clara’s evaluation results were both a relief and a confirmation of our suspicions. Her testing neuropsychologist gave us a 13-page report incorporating our observations, Clara’s teachers’ insights as well as test scores and recommendations for next steps. Her scores suggested a nonverbal learning disability with weak executive functioning skills; in other words, she was successful academically in areas requiring written or spoken language. Consequently, math, where most problem solving doesn’t require written or spoken language skills, was a struggle. The diagnosis also explained Clara’s difficulty with organization and successfully completing long-term projects like research papers; in some situations, she was unable to see the “big picture.” This pointed to some of her social issues, as she sometimes misread nonverbal cues from teachers and her peers.

It was a relief to understand Clara’s learning style and now have strategies to support her.  Based upon CNS’ recommendations, we hired a tutor to help Clara in math, a strategy continued throughout high school. For the remainder of 8th grade and during her freshman year of high school, Clara received one-on-one support once a week with organizational and study skills. Based on her social strengths, we encouraged her pursuit of activities outside school, especially dance, an activity that played well to her desire to be active but in a more individualized environment.

The results? Clara made honor roll nearly every semester of high school. She had a SAT tutor and took the test three times; scoring well on both the math and verbal sections on her last try. She completed all of her college applications well in advance of their due dates – on her own, without any parental nagging – and already was accepted early decision at our state university. She’s successfully held down a waitressing job for over a year and recently was asked to be a teaching assistant at her dance studio. While she says she’s “over” high school, Clara has made so much progress in three years that we, her parents, sometimes can’t believe it. She’s happy, feels successful, and is excited about her future.

And, yes, she now holds a pencil correctly.